← back to
By Norse Music
Get fresh music recommendations delivered to your inbox every Friday.
We've updated our Terms of Use. You can review the changes here. 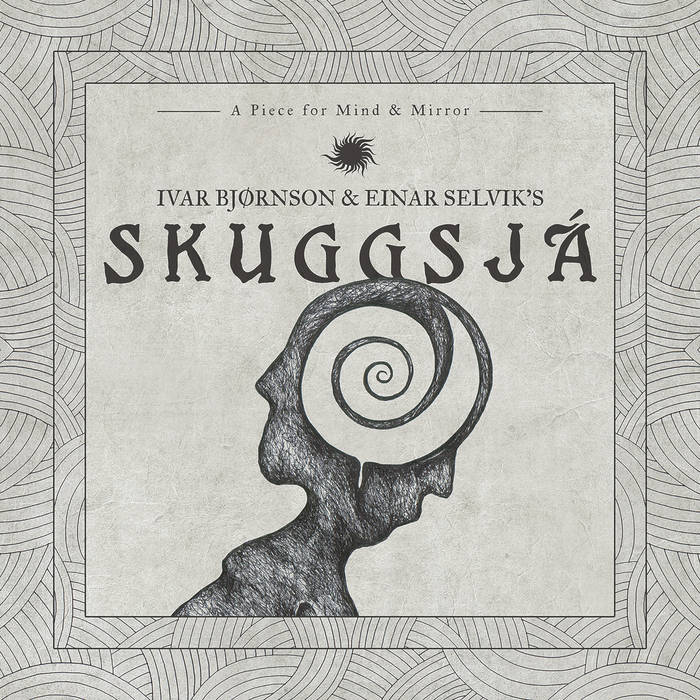 When renowned musicians such as ENSLAVED guitarist / composer Ivar Bjørnson and Einar Selvik – the mastermind behind WARDRUNA, which gained attention far beyond the world of music for their contributions to the score of the acclaimed ‘Vikings’ TV-series – join forces, the outcome is far too easily dismissed in advance as a “super project”.

Yet with SKUGGSJÁ the two Norwegians have clearly not only successfully combined their musical handwriting, but the sum of the duo’s craft is more than its already outstanding parts. Both are adding sonic expressions to the other’s sound that are enhancing their excellent songwriting into something new. Harsh metal guitars seem to effortlessly connect with ancient instruments and the emerging intricate patterns are reminiscent of the intertwined, whirling and deeply fascinating Viking age animal styles translated into songs. The result is a richly evocative sonic tapestry for the mind to wander on and create images of a long gone past without any misplaced nostalgia.

‘Skuggsjá’ was originally conceived as a commissioned musical work written by Ivar Bjørnson and Einar Selvik. The arrangement was performed by ENSLAVED and WARDRUNA as a concert piece in commemoration of the 200th anniversary of the Norwegian constitution at the Eidsivablot festival in Eidsvoll, Norway on September 13th, 2014.

The growing desire to present SKUGGSJÁ to a broader audience has ultimately led Bjørnson and Selvik to record their work in its entirety. The word “Skuggsjá” translates into “mirror” or “reflection” in the Norse tongue.

By highlighting ideas, traditions and instruments of their Norse past, SKUGGSJÁ speaks of the history of Norway and reflect relevant aspects from the past into our present day. Using metal instrumentation as well as some of Scandinavia’s oldest instruments and poetry in Norse and Norwegian, ‘Skuggsjá’ represents a fusion between past and present, both lyrically and musically.

Pre-order the "Skuggsjá" re-issue on 2x12" vinyl and Hardcover Digibook CD, featuring a completely renewed artwork with the full lyrics and English translations (previously available only in long sold-out limited editions) in the By Norse Music online stores:

Bandcamp Daily  your guide to the world of Bandcamp